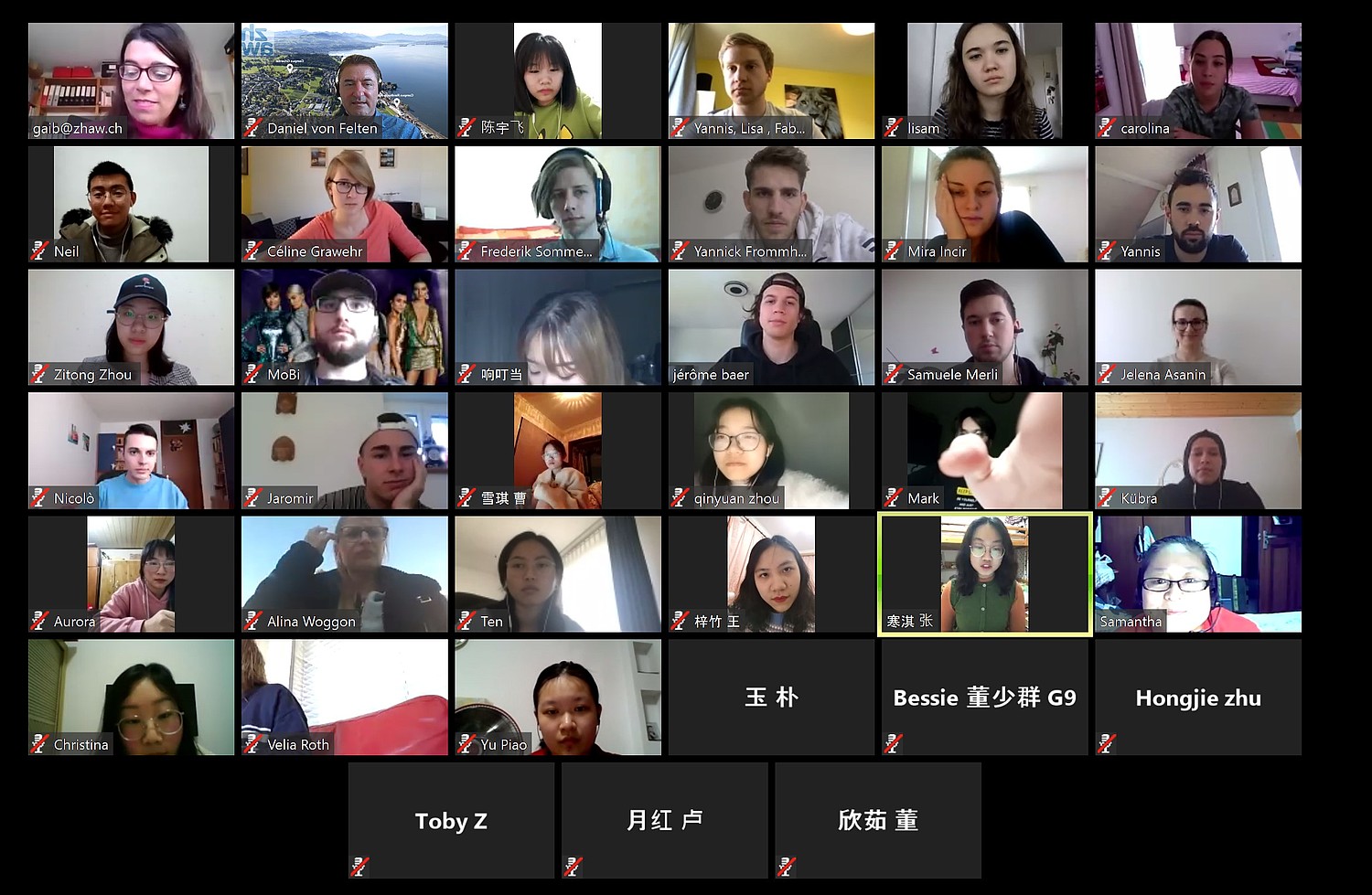 Working on something virtually with students from a different culture and moving forward together. This is what Collaborative Online International Learning is all about. The importance of virtual collaboration became particularly clear during lockdown. A report on the experience acquired with a Sino-Swiss project.

A number of students are really shy, says Samantha Shi, who teaches at Tianjin Normal University (TJNU) in China. “When we had online classes here during the pandemic, some of our students didn’t want to appear on camera.” The English lecturer was thus curious to see whether they would make an active contribution to the virtual collaboration project with students from ZHAW. “Most of them don’t have any opportunity to speak with people from another country.” A COIL (Collaborative Online International Learning) project offers them precisely this possibility. “Two or more universities are involved,” says Daniel von Felten, Coordinator for International Affairs at the Institute of Facility Management (IFM). “The lecturers jointly plan the project in terms of its topic, language, teaching methods and performance records.”

Participants tackle problems in teams comprising students from different universities. They are called upon to resolve conflicts and jointly achieve aims. In so doing, they gain insight into a different culture. “We always perceive matters from within our own socio-cultural context and act accordingly,” says von Felten. “In a COIL project, it becomes clear that many major and minor differences are at play.” Being able to handle different “realities” is a sought-after competence in the current, globally networked world of work.

In 2020, he worked with Claudine Gaibrois from the Culture, Society and Communication specialist group to initiate and run a collaborative project with TJNU. This was integrated in the compulsory elective course on “Living and working in a multicultural society”, which is attended by Bachelor students pursuing different specialisations at the ZHAW School of Life Sciences and Facility Management. “We set discussion-based assignments,” says senior lecturer Claudine Gaibrois. “Participants were required to encounter one another openly and engage in discussions.” One of the first assignments was to introduce themselves in a video. 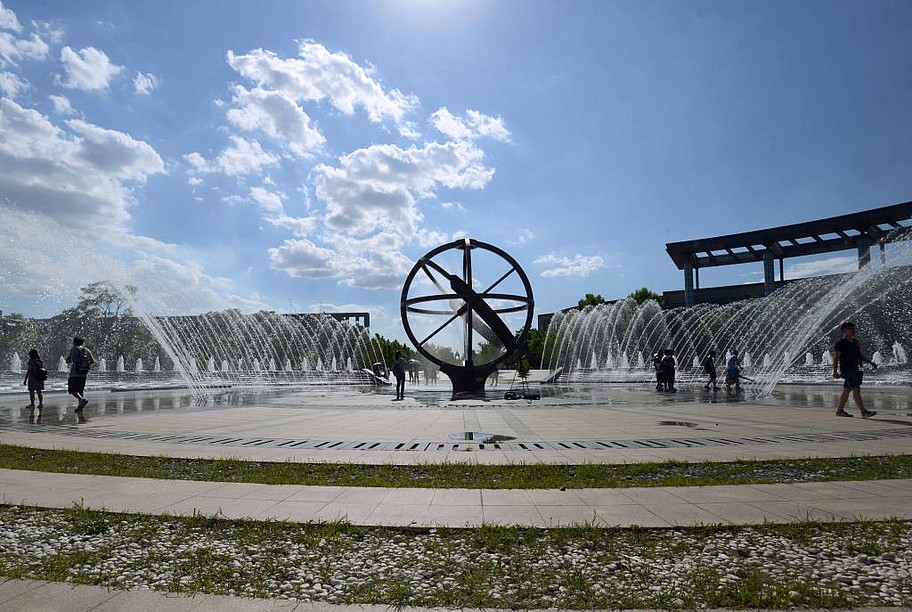 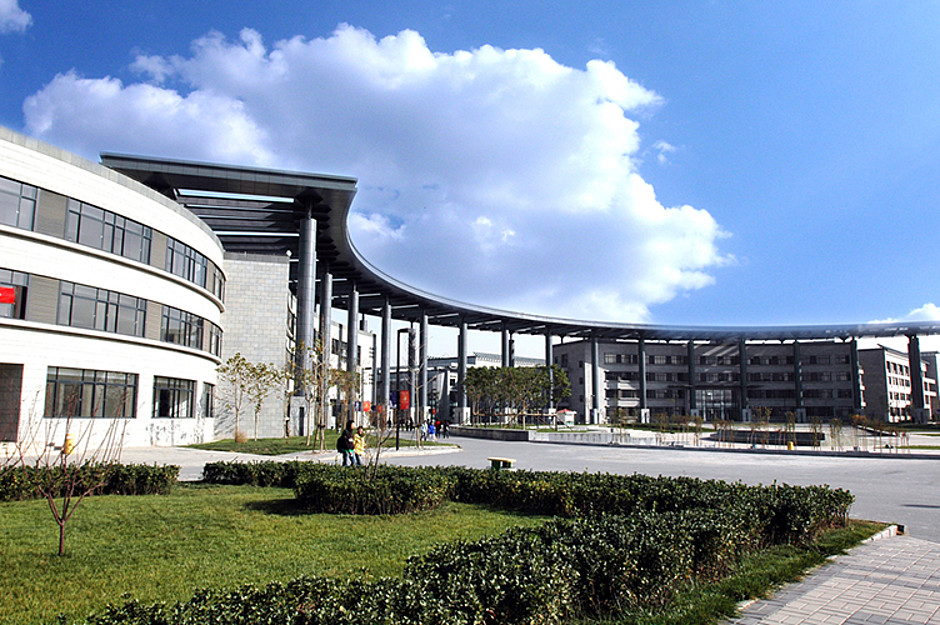 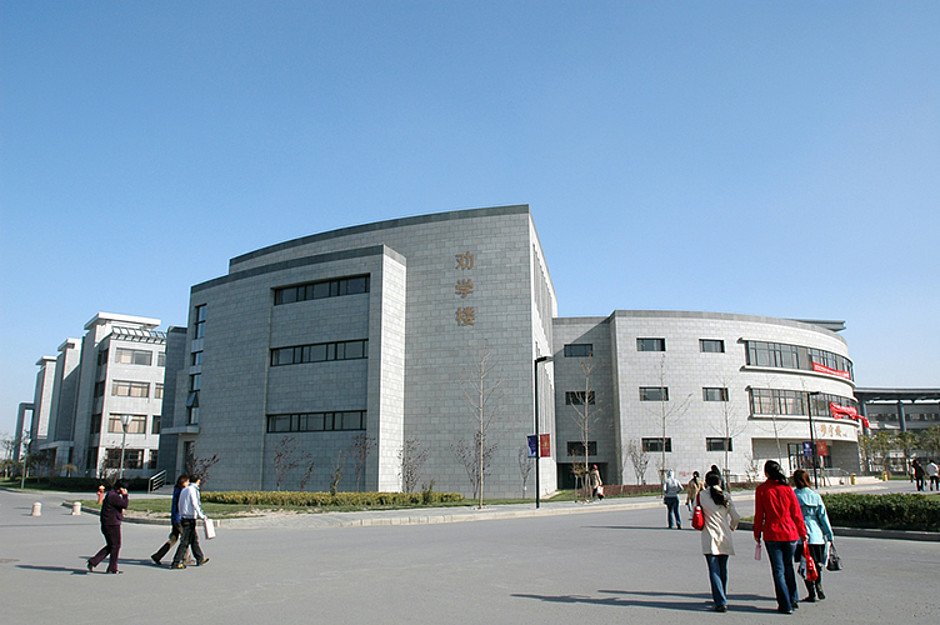 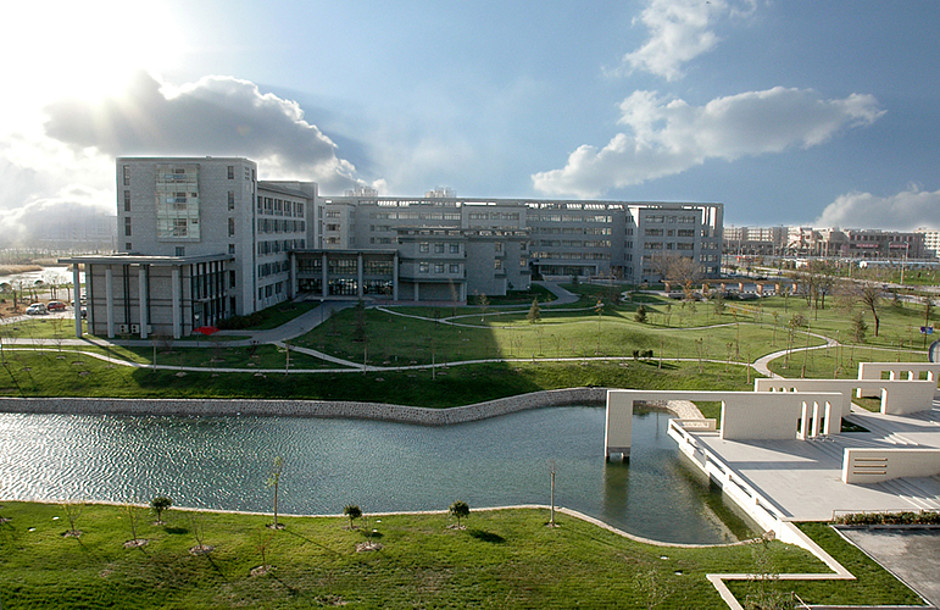 The 80 participants got to know each other virtually, discussing their everyday lives, the typical customs of their country and their prejudices. A number of groups also discussed the corona situation. “Some groups additionally talked about highly private matters,” says Claudine Gaibrois, who is in charge of the course. And, in the process, they discovered that their lifestyles were not so very different after all.

Contrary to the case with other forms of teaching, a student can’t hide in a COIL project, she adds. This constitutes a major opportunity, and participants learned from their own experiences. “I was amazed at the benefit they derived from the project.” Samantha Shi similarly draws a positive balance – “The students overcame their shyness.” They improved their spoken English, learned a great deal about Swiss culture and got to know a range of technical tools, in particular.

The economy and society are interlinked worldwide today, stresses Daniel von Felten. “We can only solve our problems by engaging in dialogue with all those involved. The current corona situation has made this particularly clear.” This teaching format thus provides an ideal training opportunity. Even small companies have people from different cultures working together, adds Claudine Gaibrois. Practical experience of this kind is thus correspondingly valuable. A COIL project additionally makes a key contribution to promoting “global citizenship”.

“It was interesting to get to know completely different perspectives on certain social concepts,” says a chemistry student. The Chinese have a collective perception of property, for instance. “The money a person earns doesn’t belong to them as an individual but to the family.” They are greatly motivated at school and in their work, an environmental engineering student ascertained. At times, they put a great deal of pressure on themselves to meet their own expectations and those of others. “They’re like the Swiss in that they work a lot.”

One student on the Facility Management programme says that her participation in a COIL project with Mexico taught her that there is always a way to work together. “It’s important to know how your counterpart approaches things, because you can then take that into account.” It’s necessary to abandon stereotypes and engage with your partner,” says another student on the Environmental Engineering programme. “If you take the time to do this, it enables good and interesting conversations to develop.” Working in international teams is not as difficult as you might think. “It ultimately comes down to the team members themselves though – since nationality and culture generally play a subordinate role.”

One difficulty that the Swiss participants experienced was the different levels of English proficiency. Added to this came the different time zones and technical problems. Since the TJNU participants did not have access to many of the programs in standard use here, it was necessary to find other solutions. Poor Internet connections also repeatedly hampered discussions. Despite these obstacles, all the respondents said that they would recommend COIL to others. “It was a very good experience that will stand me in good stead in both my professional and private life in future,” says one facility management student.

Collaboration with the Chinese university has now entered its fourth round, and more than 200 Swiss and Chinese students have taken part to date. The IFM also regularly engages in collaborative projects with universities in the Netherlands and, over the past three years, with Mexico too. Last year, a COIL project was even held for the first time with 100 students from four universities on three continents. “That was also a major success,” sums up Daniel von Felten. “People in Switzerland are still not sufficiently aware of the added value that COIL brings,” he says. At a conference in Tacoma (USA) 2019 with more than 450 participants from all over the world, he was the only representative from Switzerland. COIL is being strategically promoted in Asia and the EU, by contrast, and research programmes are being conducted into it.

If it was up to von Felten, this teaching and learning format would be employed even more frequently at ZHAW too. The School of Social Work and the School of Management and Law have already expressed their interest. And the COIL pioneer has also forged other interesting contacts with foreign universities. The activities engaged in so far have given rise to exciting COIL collaborations with Germany, Italy and Great Britain as well as with Pakistan and Iran.

The senior lecturer would like to build on this format still further, setting up a core team comprising Claudine Gaibrois, Anja Schnyder and himself that would provide support for COIL Coaches and put together a COIL Toolbox, among other things. Internal funding would also be available for this from the Schools of Life Sciences and Facility Management. International cooperation of this kind could be built up for a manageable outlay, he explains. “It would be enough for two senior lecturers to say that’s what we’re going to do.”